The Pocumtuck Ridge Trail is a hiking trail that extends from South Sugarloaf mountain in Deerfield, MA northward to Rocky Mountain in Greenfield, MA. Approximately 15 miles long, it is accessible from many trailheads and features dramatic views from its traprock cliffs. Much of the trail is on conservation land. Blue blazes mark the trail, with the addition of small blue square metal markers at certain locations. 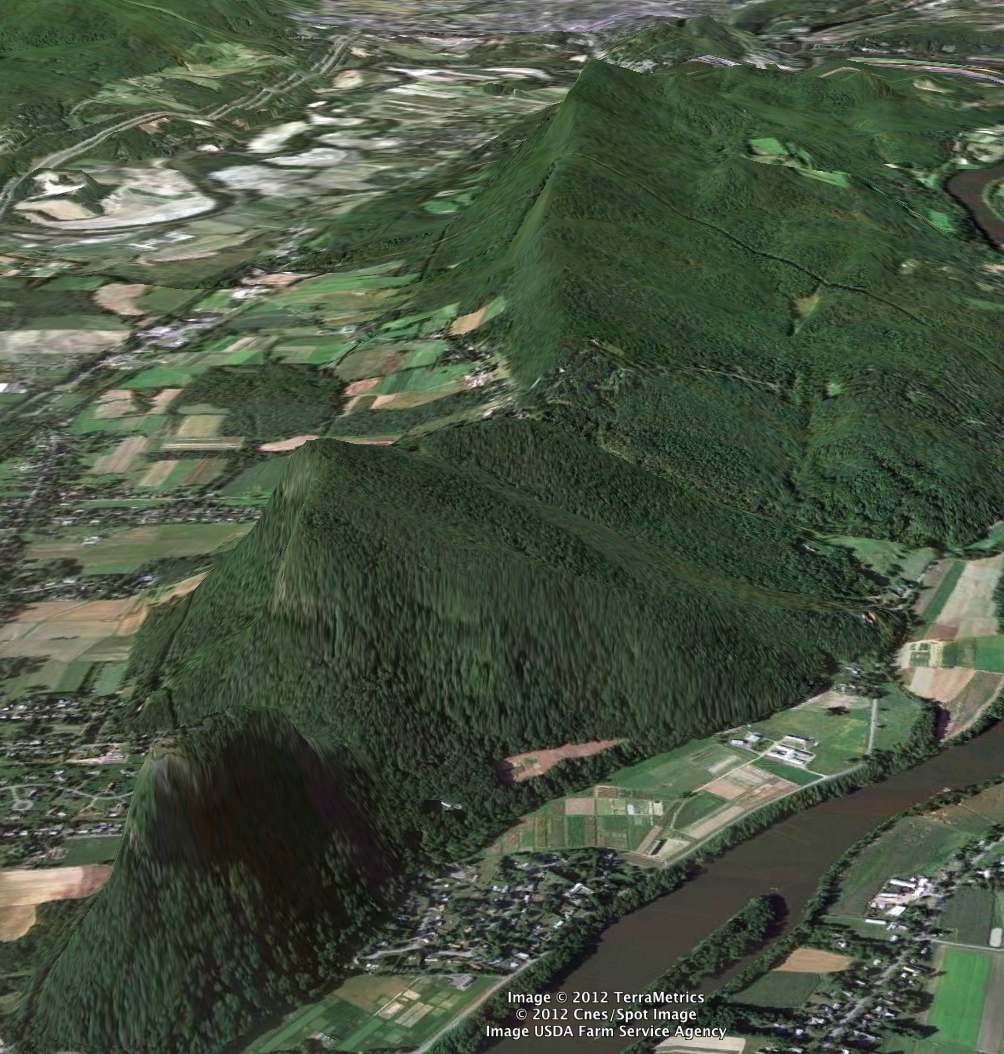